Intermediate and long Treasury yields trended higher last week before Friday, and the shocking employment report pushed the 10-year yield to just under 0.90%, rising by over 24 basis points to its highest level since late March.  With short rates pretty much pinned in place, the yield curve (2-10s) steepened to just under 69 basis points; as highlighted by the accompanying chart, this is its steepest level since March 19th, when volatility and uncertainty was at its peak. 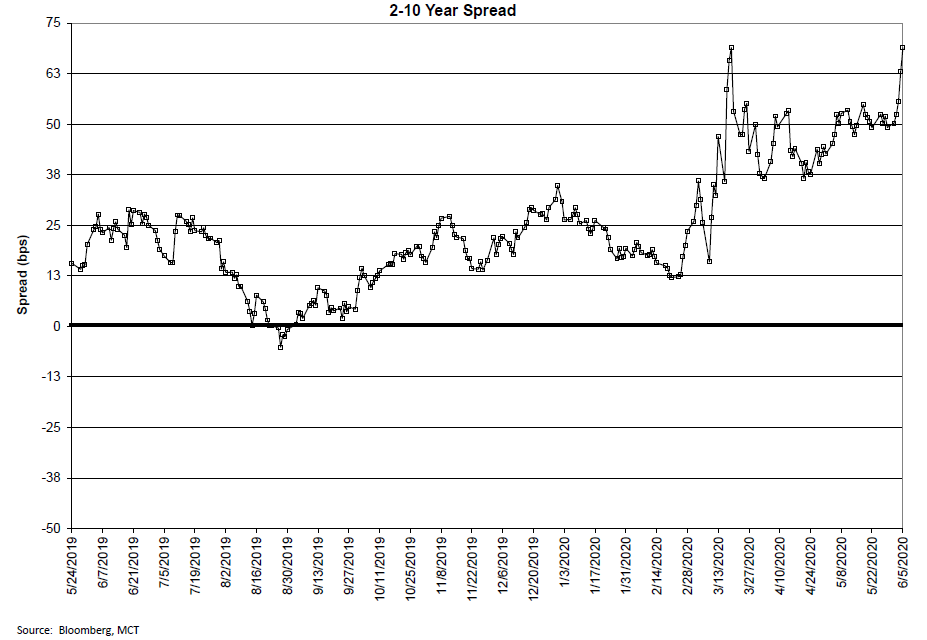 Click to enlarge MBS performed well last week, led by 30-year UMBS.  Fannie 2s and 2.5s cumulatively outperformed their 10-year hedge ratios by almost a half-point, although Ginnie performance was somewhat disappointing, as GNII 2.5s (the most liquid Ginnie coupon) only outperformed 10s by 3/32s.  Most coupon swaps widened in the selloff, with the exception of the UM30 3.5/3 swap, which ended the week narrower by 3/32s.  Rolls remain stubbornly special; Fannie 2s are rolling 3/32s special, while the Fannie 3 roll is special by more than 2/32s and is heating up in front of Tuesday’s Class A notification.  Ginnie rolls remain daunting, at least for hedgers, as the 9/32nd drop for GNII 2.5s is more than 5/32s special.

A notable development in the Treasury market has been the recovery of TIPS break-evens, which have rebounded from a low in mid-March of 55 basis points to around 125 bps on Friday.  (As a reminder, break-evens are the difference in yield between cash and TIPs securities, and serve as a barometer of traders’ inflation expectations.)  While the chart below indicates that the 10-year break-even remains well below its level from a few years ago (and well short of the Fed’s 2% inflation target), the upward move in break-evens has stoked some concerns that the US economy will be plagued with “stagflation,” or the combination of slow growth and high inflation that defined much of the 70s. 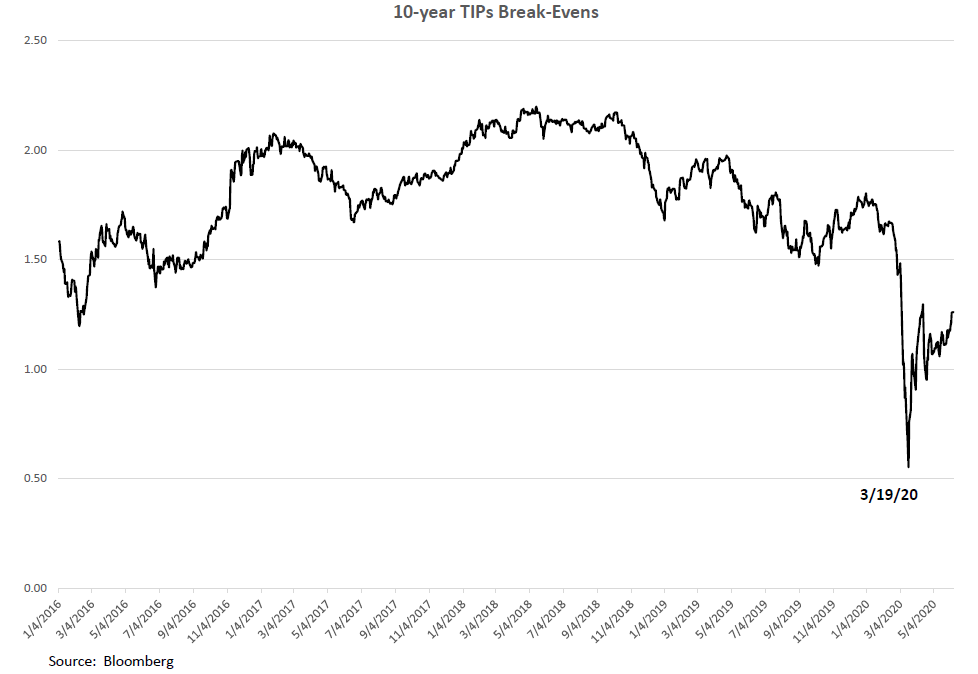 Click to enlarge In large part, these concerns stem from the extraordinary measures taken by both Congress and the Federal Reserve to support economic activity and employment in the face of the pandemic’s unprecedented challenges.  The range of Fed activities taken includes their $700 billion in net MBS purchases since mid-March, and the sharp growth in liquidity can be summarized by reviewing recent changes in the “money supply.”  The accompanying chart shows the hockey-stick profile (along with the week-over-week percentage change) of the M2 measure since 2012, and highlights how the supply of liquidity has spiked since policymakers first began to grapple with the pandemic. 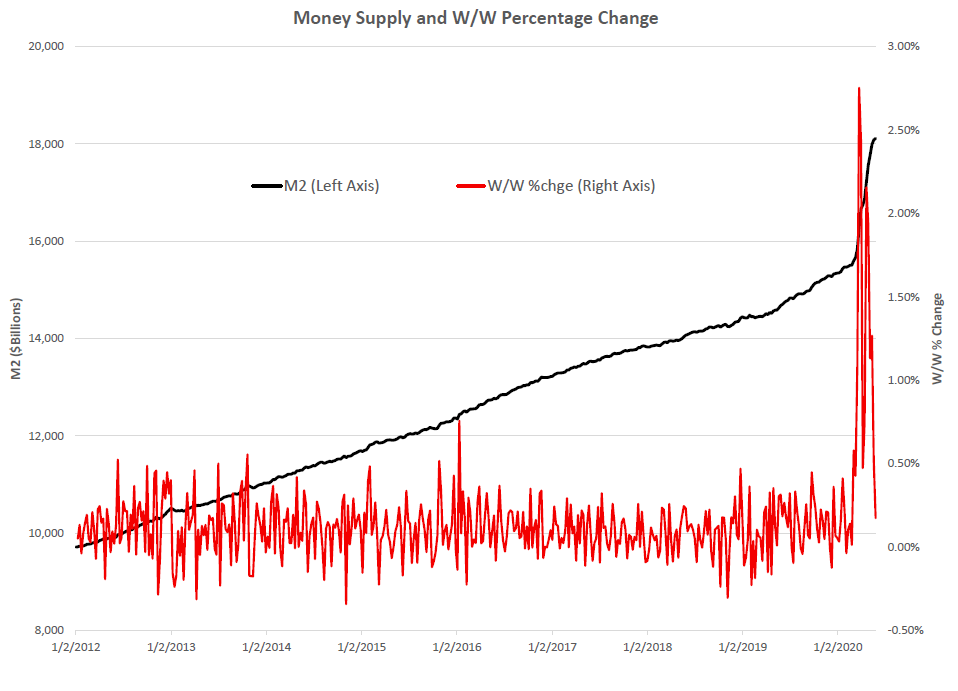 Click to enlarge While the Fed’s gusher of liquidity has certainly helped the economy rebound from the sudden shutdown in economic activity, the supply of money is also a key factor in the level of inflation.  Its sudden enormous growth has served to stoke fears by some observers of sharply higher inflation and, if economic activity rebounds sluggishly, the dreaded stagflation conundrum that only ended with funding rates being pushed to almost 20% by the Volcker Fed in the late 70s and early 80s.