MBS were mixed on the week, with Fannie 2s cumulatively lagging its 10-year hedge ratio by a few ticks while 2.5s through 3.5s managed to modestly outperform.  The Fannie current coupon spread appeared to widen about 9 basis points versus Treasuries, but this partially reflects the continued issues associated with the primary coupon (Fannie 2s) having only had a few dealers reporting prepayment speeds.  (The median base speed for Fannie 2s dropped from 329% PSA to 308% PSA, which effectively increases its yield by about 3 basis points, all else unchanged.)  A notable development is that the rolls for virtually all 30-year liquid coupons are trading special.  The Fannie 2% and 2.5% rolls are rolling around 2-3 ticks over their break-even values, and Ginnie II rolls are even more distended.  (This excludes the GNII 2% roll; trading in that coupon remains extremely sparse.)

One important factor to watch will be whether purchase activity recovers uniformly across sectors and price points or whether it will remain skewed toward conventional and higher-FICO government loans.  The chart below, which contains the MBA’s monthly Credit Availability indices, indicates that jumbo lending fell off a cliff over the last few months; the conventional and government indices fell more modestly, even though the government index reflects the unwillingness of many correspondents to buy government loans with FICO scores below 680. 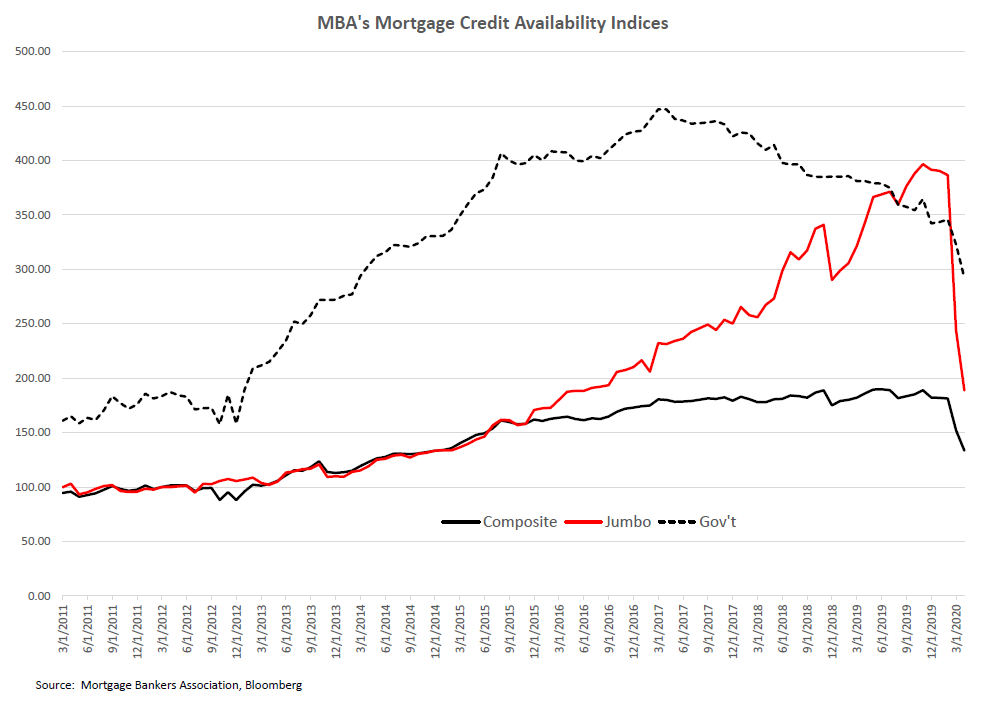 Click to enlarge The sharp drop in jumbo lending is also consistent with mortgage aggregators shutting various non-agency programs as the pandemic panic took hold in early March.  In addition to short-term home buying considerations, the very early shutdown of non-agency lending (including both jumbo and non-QM programs) raises the question of whether the GSEs can ever be removed from the government umbrella, a future crisis arguably risks the shutdown of a privatized housing finance system.

Lending markets are, however, normalizing a bit.  Seasonally-adjusted purchase activity has bounced off its early April lows and, as the accompanying chart of the MBA’s purchase index suggests, has moved back toward more normal levels; apparently, realtors have figured out ways to show houses remotely and/or employ appropriate practices that reduce Covid-19 infection transmission risk. 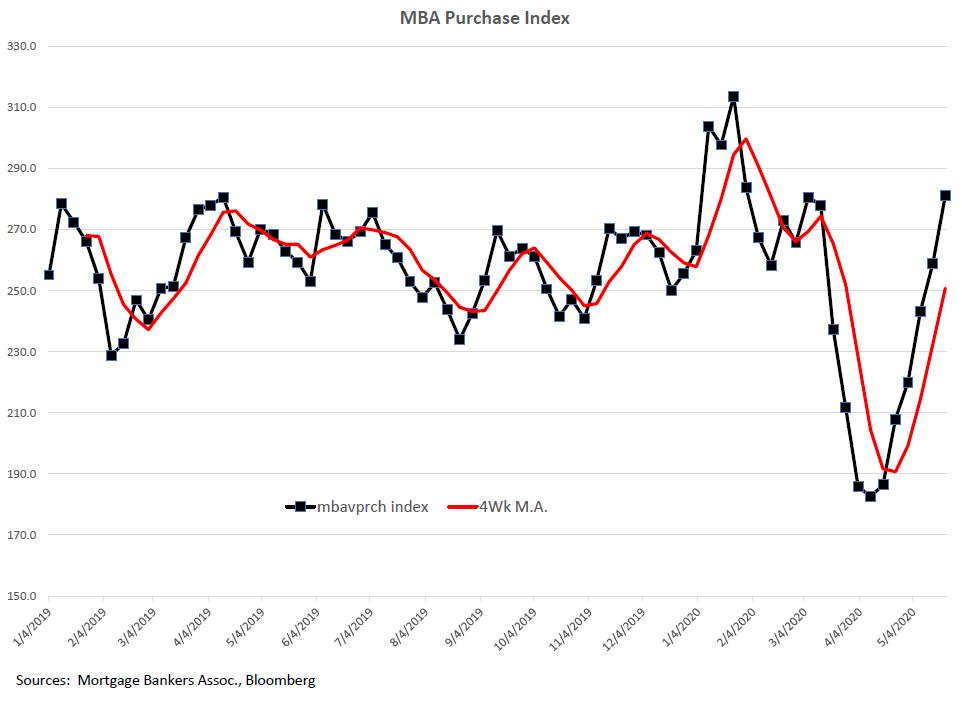 Click to enlarge Refi activity has trailed off a bit but, with the refi index in excess of 3400, remains healthy.  An interesting question, however, relates to the actual level of mortgage rates, as different indicators have diverged.  As highlighted by the accompanying graph, the Freddie Mac survey rate and the MBA’s average contract rate (reported with their application surveys) are currently quite different; the MBA rate is hovering slightly above its all-time low of 3.40% (as of 5/22, the last available report) while the Freddie rate reported on Thursday May 28th at 3.15%. 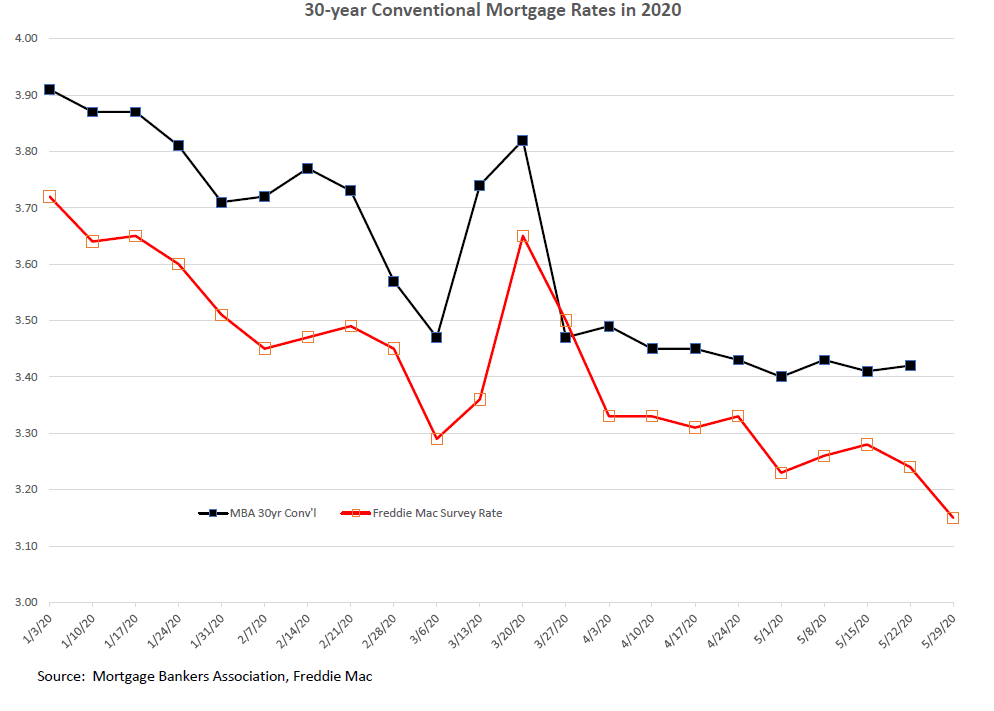